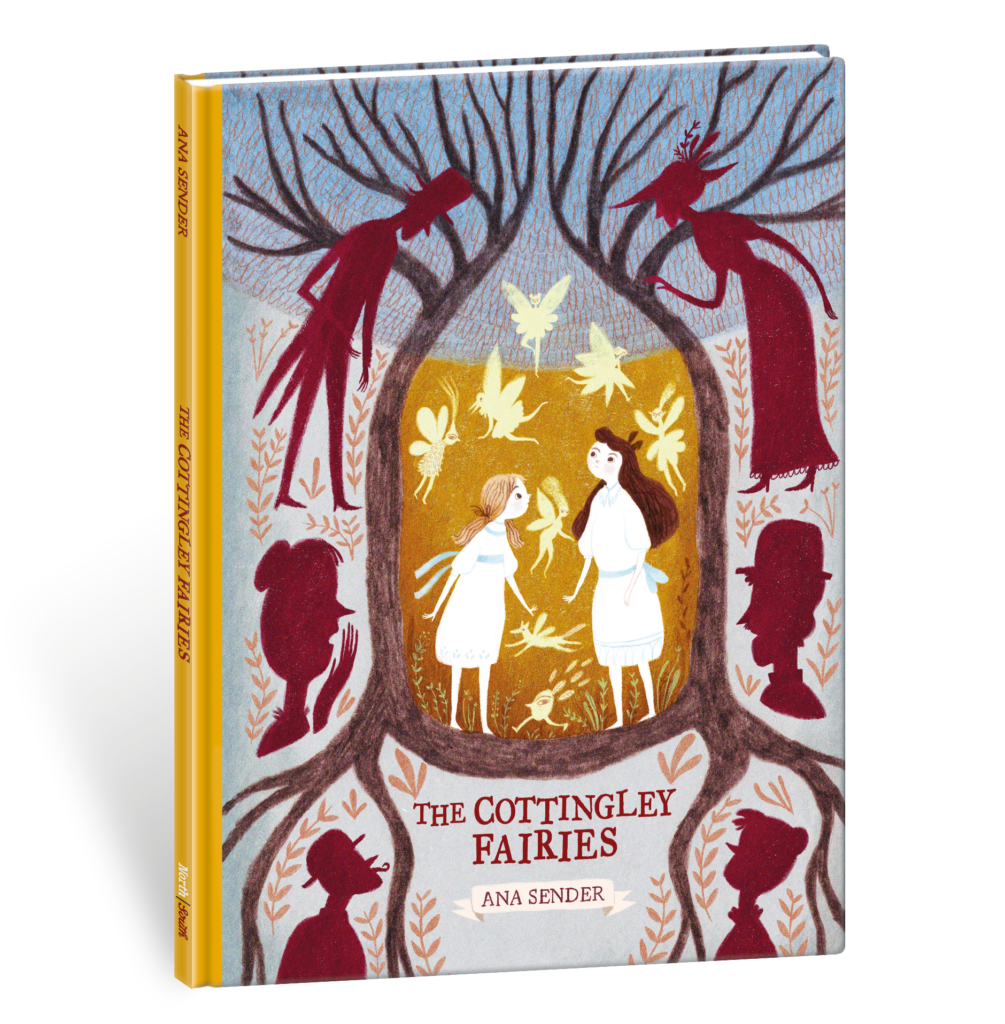 “Fairies have always been in my life, since I was a little girl, so the story caught my attention.” — Ana Sender

Translated from Spanish, The Cottingley Fairies goes on sale March 2019. US reviewers have heaped praise upon Sender’s enchanting US debut.

NSB: What inspired this book? How did you connect with the story of the Cottingley Fairies?

Ana Sender: I heard about this story years ago, when I was a teenager. A couple of movies inspired by it were released. Fairies have always been in my life, since I was a little girl, so the story caught my attention. I did more research, read the texts Conan Doyle wrote on this subject, and even became a little obsessed.

But the curious thing is that the idea to make this book came from the publishers of Tres Tigres Tristes. We had worked together on my first book, El Buscador de orquídeas (The Orchid Hunter) and we wanted to work together again. We had several project ideas hanging around related to the forest and magical beings, and then one day they wrote to me to ask if I knew this story and if I would like to do something with it.

NSB: What medium did you use to create the illustrations?

Ana Sender: For this project I used graphite pencil, colored pencils, markers and photoshop for some final retouching.

NSB: What was your childhood like in Spain? Did you have a big imagination?

Ana Sender: I was a very introverted child and imagination was everything to me.

I lived in a city near Barcelona, at school I didn’t have many friends because everyone thought I was weird and I thought everyone was stupid (although later I met a girl who was just as weird as me and since then she’s my best friend).

I lived in a house full of books. My grandmother told me many fairy tales and my mother used to paint magic landscapes and blue women. Maybe that’s why I spent so much time reading, drawing and writing my own stories.

On weekends and holidays I used to go with the whole family to a small house we had on a little village. It was there where I felt happier, I lived great adventures in the forest, I felt free and everything was possible. The stories became real.

I used to go with my friend to a hidden place in the woods where there was a hollow tree, which of course was a fairy house. I left offerings at the door and one summer we even built them a swimming pool.

NSB: Did you identify with the girls in the book?

Ana Sender: I think that, like Elsie, sometimes I find it difficult to distinguish dreams from reality. And I am fine with that.