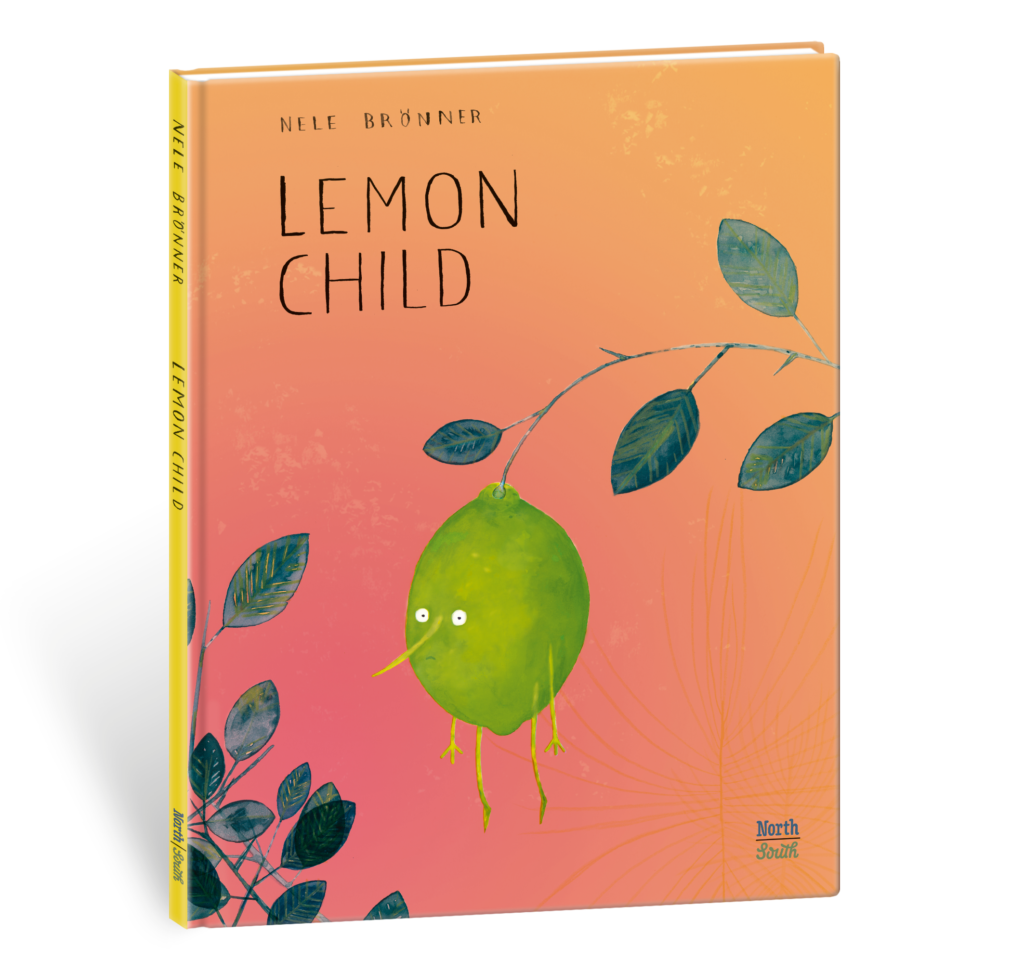 Nele Brönner lives in Berlin, Germany where she works as an illustrator, freelance artist, and comic strip cartoonist. She studied visual communications at the Universität der Künste in Berlin and at the Politecnico and the Accademia Brera in Milan, Italy. In 2016 she was awarded the Serafina Prize for young talent in children’s literature. Her books for NorthSouth include The Tiger’s Egg and her newest title, Lemon Child, on sale now.

NorthSouth Books: Where did the ideas for The Tiger’s Egg and Lemon Child come from?

NB: I started working on The Tiger’s Egg with the idea of making a colorful, a tropical picture book, but wanted it to take place in my environment. This is how Herman the Tiger came about. He is in his prime, lives in a Berlin zoo and his noisy neighbors annoy him. While working on the idea for the story, I was able to observe how we and some of my friends became rather late parents and sometimes had difficulty distinguishing our/themselves and their children. Based on this idea, I put a fluffy, naive chick in front of the Tiger Herman and watched what happened. The tension between the two protagonists was there immediately and the story developed .

Lemon Child emerged from a spontaneous sketch. When my editor Andrea Nassan and Andrew Rushton saw the lemon child for the first time, it was clear that we had to make a children’s book together!

I wanted the place of story to be an overgrown, scrubby garden.

We have a lonely family garden with a cabin next to a lake in Brandenburg, 50 km from Berlin. I often go there with my children, nieces and nephews and dig through the earth. I am enthusiastic about the small residents there. I observe many details of life and the diversity of small creatures and plants.

Unfortunately, there are no lemon trees growing in Brandenburg and I moved the story to the Mediterranean.

I have been to Italy a lot and know plants, animals and gardens there, and I tried to draw the book Lemon Child from a very personal perspective — it is as if I were sitting with the lemons in the tree, in the middle of a wild, shaggy garden.

It is a very nice thing about my job that I have a lot of freedom to invent and mix worlds and characters. One side character, the curious, pink monkey, I like so much in The Tiger’s Egg that I made it appear again in the Lemon Child. This time as the wise neighbor.

NorthSouth Books: Did you always want to be an illustrator?

Probably, but without knowing it myself. I enjoyed drawing and telling stories as a child and I was lucky enough to have a primary school teacher and a mother who appreciated that. After graduating from high school I wanted to have a job which brings me the opportunity to travel a lot. Documentary filmmaker for example. But then I just traveled for a long time through Southern and Eastern Africa. After almost two years I came back to Germany to study Visual Communication at the University of the Arts Berlin. I briefly tried film making and photography, then went to Illustration class of Prof. Hennig Wagenbreth.

NorthSouth Books:Where did you grow up/what were you like as a child?

NB: I grew up in the small town of Marburg right in the middle of Germany. We lived close to the forest, open fields and had a large garden. I always liked being outside and I spent a lot time on my own. I collected things that interested me — feathers, resin, grasses, dead insects. I always liked plants, animals and the wind.

NorthSouth Books: Where do you create your books now?

NB: I share a studio/Atelier in Berlin Mitte with 10 other illustrators and designers. When I draw — which is at least 2/3 of my work — I do it in the studio. My favorite drawing place is my light table next to a big window. When I write or think, I like very much to work in your garden or on long train rides to readings or book fairs.

I usually have good ideas when I travel or when I walk — new impressions and movement seem to do me good.