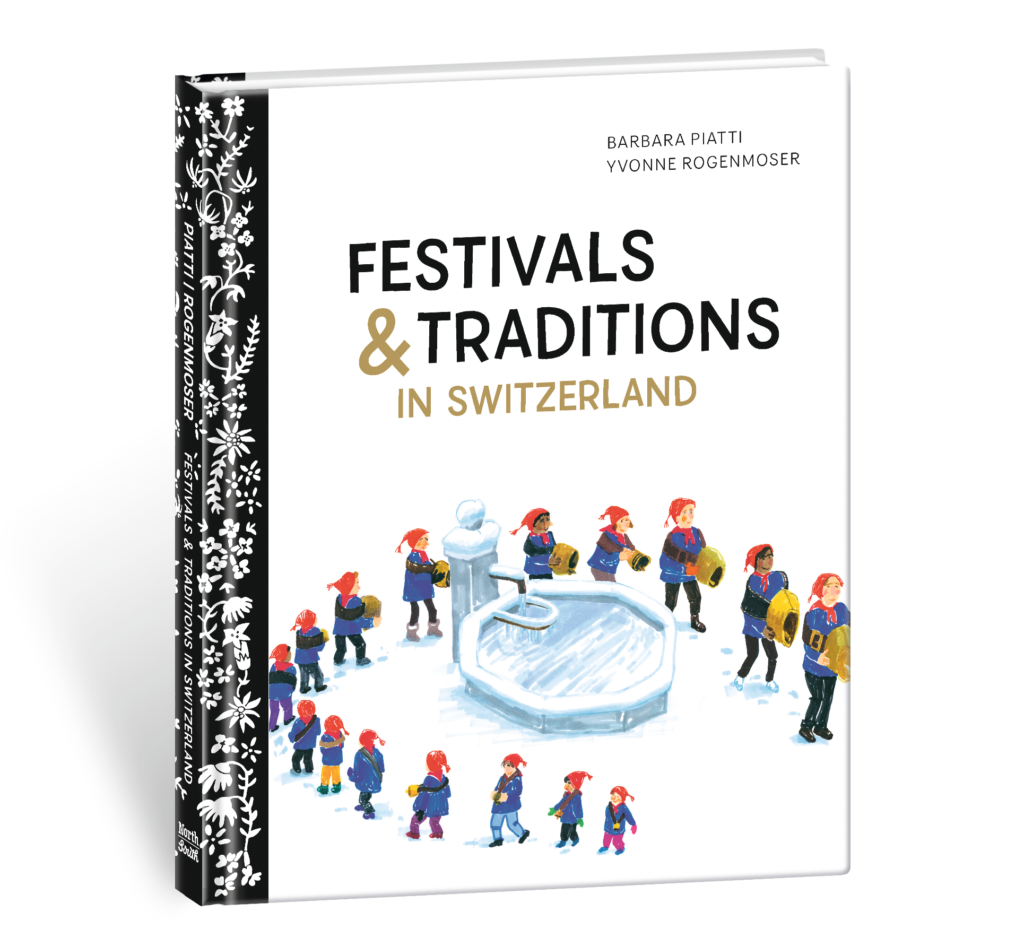 I’ve been to Switzerland twice—once to ski and once for work. Both experiences have carved indelible memories—of my talented colleagues who feel more like friends than simply coworkers, exquisite chocolate, and mountain lake scenes that seem unreal for their staggering beauty.

When we published Festivals & Traditions in Switzerland, I realized that my experiences of Switzerland have only scratched the surface of this magical and mysterious place.

What goes on at a Swiss festival?

How to pick which one to attend?

Here’s what they said.

In November, thousands of children, including our daughter Susan, proudly walk through the darkness with their self-carved Räbeliechtli. The annual Räbeliechtliumzug is one of the highlights on the calendar in many cantons of Switzerland.

Carving the Turnip Lanterns is an art in itself. The result is fleeting, because such an autumn turnip becomes shriveled and unusable as a lantern after one to two days.

The whole parade has something magical about it. The streetlights are specially darkened for the parade so that the children’s lanterns are the only sources of light. The crowd defies the dark. Walking and singing together give the children courage. After all, they have to go without parents. Adults are only spectators along the way and fight with their emotions (at least I do). I was totally moved to see our little one at her first public appearance.

The children walk in two rows along a set route. They are often accompanied by drummers and flute players. Together with the children’s voices it’s a very special musical performance. Goose bump alert!

Meanwhile, nervous caregivers ensure that the children do not accidentally light one another. After all, it is handled with real fire.

In the end, everyone is happy and proud, eating sausages and drinking punch together. The contemplative mood dissolves into exuberant chatter and laughter.

Hanna Lang, Creative Director: I thought I’d have to think long and hard about choosing one, but it’s actually quite simple! My favorite Swiss tradition? Definitely Six-O-Clock Bells and the Böögg.

It’s actually something I was aware of before moving to Switzerland, as this yearly tradition to send off winter with a literal bang even makes it into German news.

It goes like this. On a Sunday in April a very large snowman (around 11.5 feet high) is erected on a central square in Zurich; there is even a parade to bring it into position. It’s made of papier-mâché and wood-wool mainly and often wrapped in white tarpaulin to make it look realistic.

The next day at six o’clock there is another parade to set the massive snowman on fire with the help of lots of stacked wood, like a big campfire. This task is done by traditional craftsmen in historical costumes—on horseback!

The Böögg’s head is filled with explosives, which of course go off once the flames reach it. And, in a similar fashion to Groundhog Day, there is the belief that the sooner the head explodes, the nicer the summer will be.

What I like most about this tradition is that a lot of families and groups of friends have their own Böögg traditions and set much smaller snowmen on fire in their gardens. There is often a prize to be won for the person guessing the correct time of the Böögg’s head exploding.

What’s not to love?

So what about those men dressed as trees? It’s officially called: Pfingstblitter (Tree Spirits in Ettingen).

As Barbara Piatti, author of Festivals & Traditions in Switzerland, explains: In the month of May, the tree spirits are on the loose. But not to worry—it’s only young men hidden under the thick beech wood leaves.

Every year young men put on leafy camouflage and sneak through the village looking for girls to catch. Or they wait motionless at a corner until an unsuspecting victim walks by.

And then what happens?

They throw their “prisoners” in the village fountain! The basic principle is, if you’re young and female, you’ll get a soaking. There’s a wild chase with loud screeches and lots of laughter.

What a way to welcome spring!

But the girls from Ettingen are smart and always carry an extra set of clothes on the day the tree spirits are out.

So come to Switzerland and join the fun!