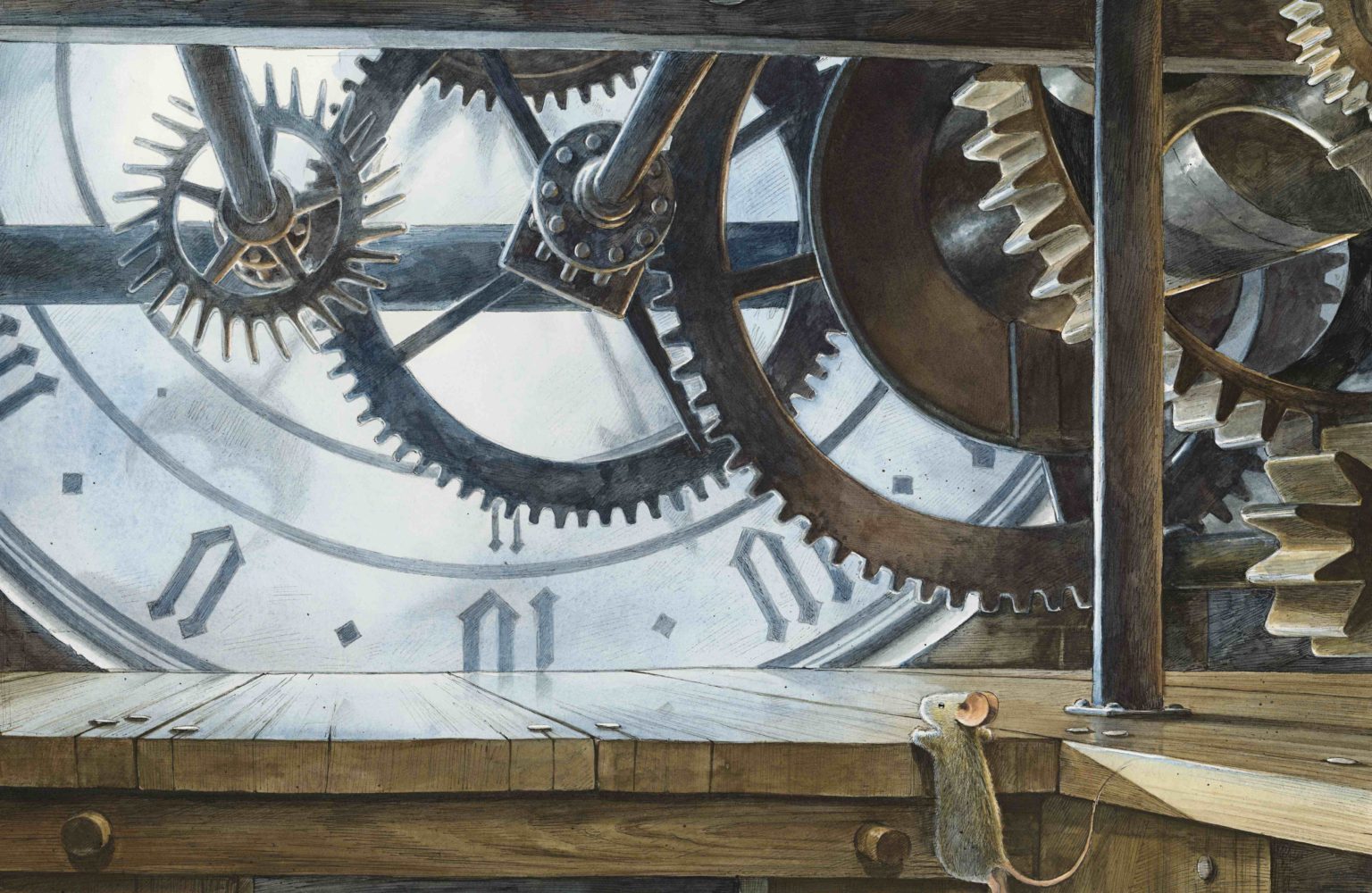 Questions and answers appear originally in our stunning dossier and fold-out magazine, which features advance praise, a giveaway, original illustrations, and more information on all the Mouse Adventures. Order fold-out magazines for your bookstore or library!

Torben Kuhlmann has written a new Mouse Adventure, the fourth one in this series, in which he sends the mouse on another fascinating journey. His previous picture books Lindbergh–The Tale of a Flying Mouse, Armstrong–The Adventurous Journey of a Mouse to the Moon, and Edison–The Mystery of the Missing Mouse Treasure became international bestsellers and have been translated into more than 30 different languages. The latest adventure—again superbly illustrated in watercolors and pencil—takes the series into the realm of science.

How does this book differ from previous Mouse Adventures?

What made you think of Einstein?

The starting point for each of my books is the idea of a mouse adventure. The incorporation of a real person is actually only the second step. A little while ago, I found myself thinking about H. G. Wells’s novel The Time Machine, and that sowed the seeds for writing a time travel adventure of my own. And then suddenly the decisive thought popped into my head: Wells’s novel was published in 1895, and it was not long afterward that Einstein came up with his revolutionary theory of relativity. Time had officially become relative. So now it became clear that I had to combine a time-traveling mouse with this trail-blazing discovery. And so it was really by chance that the tale acquired its titular hero’s name “Einstein,” who of course plays a very prominent role in the story.

Your new book takes place in Switzerland. What do you particularly like about the country?

What do you find so fascinating about the subject of time?

Time is a very strange thing. It’s not just that in our perception it sometimes races by and then seems to stand still, but also because thanks to Einstein we know that it really is relative. Depending on speed or distance from the earth, even our watches undergo a tiny change. And so it was only logical for one of my mice to take advantage of this relativity. Besides, stories about time and time travel offer a wonderful range of narrative possibilities, raise questions about fate, and take us to the very edge of logic. That’s where it gets really interesting.

What would a Torben Kuhlmann time machine look like?

If you were stranded in 1905, what would you miss most?

What would you ask Albert Einstein if you were to meet him?

I’d probably ask lots of stupid questions. But if I really did meet him, I’d want to show him how much science has achieved in the last few decades and what we’ve learned about the universe—thanks in great measure to his preparatory work. But of course the final question would be: what is your favorite animal? Maybe a mouse?

If you could travel through time, what period and what place would you want to go to?

What’s next for your clever mice?

Einstein–The Fantastic Journey of a Mouse Through Space and Time, out on September 7!