Interview with Linda Schwalbe, illustrator of Gaudi– Architect of Imagination

The young German illustrator Linda Schwalbe has a new surprise in store, with her highly original use of color and form in her second picture book, Gaudí– Architect of Imagination. This time, the Seraphina winner takes us into the world of the legendary Catalonian architect Antoní Gaudí. With a text by Susan B. Katz, the book narrates the dramatic story of his life and shows us Barcelona through his eyes. In this interview, Schwalbe talks about illustrating a manuscript she didn’t write, recreating famous cultural landmarks during the pandemic, and transforming sketches into flamboyant and colorful illustrations.

What was your first impression when you received the manuscript?

As I read it, my mind immediately conjured up pictures of Gaudí and his works, and I just couldn’t wait to start drawing!

What was your main concern when you illustrated this book?

When I get a text, then of course my main concern is to develop a striking visual perspective on the subject. I found it exciting to depict Gaudí – the child and the adult – as an approachable person, independently of his great buildings.

What was it that appealed to you about Gaudi’s personality?

Gaudí was not afraid of taking unusual paths, regardless of the fact that others thought him crazy. He kept working on his projects until they were perfect, and he wouldn’t let anything distract him. I found that really inspirational! His buildings seem to me to be full of life and humor – and his chimneys always put me in a happy mood! 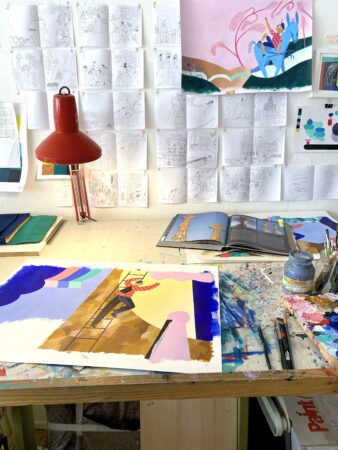 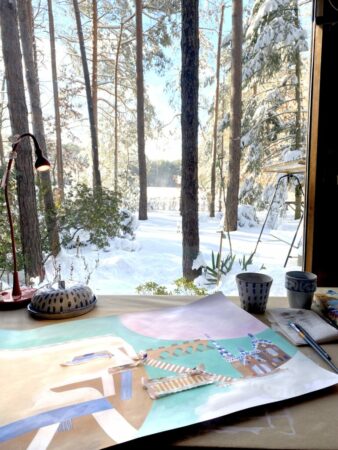 Which of his works are important to you, and why?

Of course I’m absolutely fascinated by the Sagrada Familia. When I stand before it, I feel really tiny and can only gaze in astonishment at the richness of all the details. When I was a child, I saw a picture of the Sagrada Familia in a book and couldn’t understand why this “castle of droplets” was actually supposed to be a cathedral. I simply had to see it in real life!

So you’d already been to Barcelona and seen his works. Did you go there again while you were illustrating the book?

Yes, I’d been there once, but unfortunately it was long before I worked on the book. Ideally, I’d have gone there again to do some research, and would have looked at all his constructions and buildings live, but that wasn’t possible because of the pandemic. I’ll make up for it, though, whatever happens!

When I stand before [the Sagrada Familia], I feel really tiny and can only gaze in astonishment at the richness of all the details.

Tell us about your creative process. How did you set about the project? What was rewarding and what was challenging?

For every project I begin with a sketchbook, and put together characters, impressions, photos and patterns. For the Gaudí book I collected lots of pictures of Barcelona and Mediterranean buildings, places, plants, beaches and people. It felt almost like going on holiday there! This is the way I generally work out my pictorial language. At the same time, I develop the storyboard, in order to match the construction of the pictures with the dynamics of the story. That’s always a challenging process. 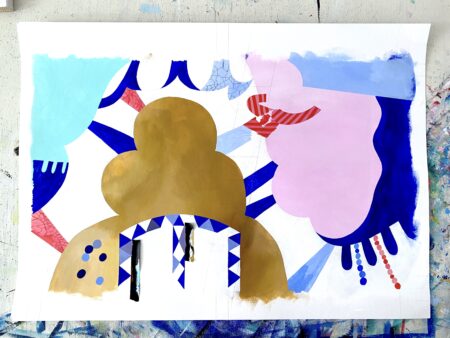 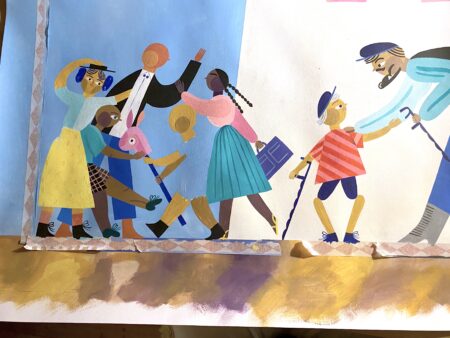 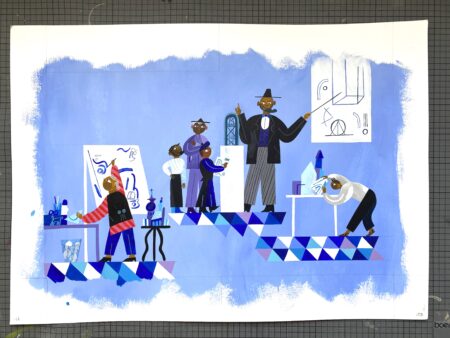 What technique did you use, and why?

I used acrylic paint – that’s always been my favourite.

How do you come to make the right picture? Are there many sketches? What’s the process there?

When it comes to the final stage, there are scenes that I sketch once, paint them directly with color and that’s it– they are done.

But there are some sketches that simply won’t work. Then I sketch and paint three or four times until the picture looks right to me. By the end, there’s quite a pile.

This is your second picture book biography. What are the main differences between your work on the Gaudí book and on Ida and the World Beyond Mount Kaiserzipf?

The big difference is that I didn’t write the Gaudí text myself. It was wonderful to work with Susan B. Katz’s script, because I was able to focus completely on the pictures.

How did you set about the task of portraying the great architect?

I tried to get close to him by collating known facts about the man himself as well as his work. For example, he was very unassuming – he actually lived in a hut on the building site of the Sagrada Familia, and subsisted mainly on nuts he kept in his jacket pocket. I collect little anecdotes like that, do a lot of sketches, and think over which aspects of his personality I’d like to depict. That’s how I build up my interpretation of him.

Who are your role models?

Oh, that’s a tough question. There are so many great people in my field, and all of them are models in their own way.

Who would you like to be the subject of your next book?

Good question. Maybe I’d like to tell a story about someone in outer space (though definitely not a millionaire), or a female pirate. There are lots of good stories still to be told… 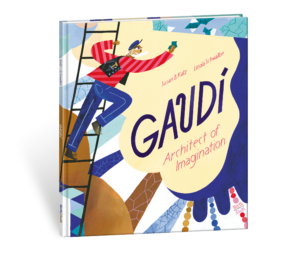 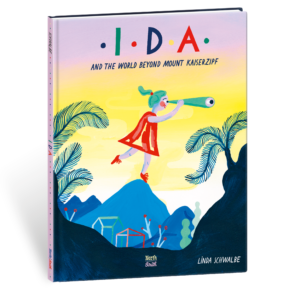 Ida and the World Beyond Mount Kaiserzipf